The monument to Friedrich Engels

The composition consists of a round stone platform with a diameter of about 20 meters, from which the steps of the front staircase run in a semicircle. In the center of the platform on a red granite pedestal of cubic shape, with the inscription "Friedrich Engels", is set a bronze figure of Engels in a full growth. With broad shoulders and slender figure, with arms crossed on his chest is depicted the image of F. Engels related to the period of 70's of the XIX century.

The monument to Engels was created by:

The Soviet artist-architect-Illustrator Usachev Anatoly Andreevich (1914 -1999, since 1977, he is fully committed to oil painting, more than 200 personal exhibitions in Russia and abroad).
Photos (4) : 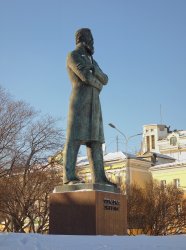 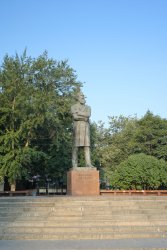 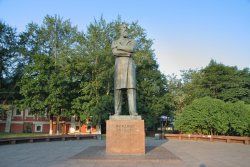 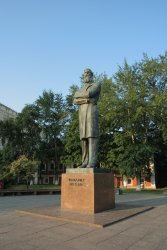