The monument to Anton Chekhov

Chekhov is the pride and glory of the world literature, his works belong to the greatest values that Russia gave to the humanity.

Chekhov's monument in Moscow was installed only in 1998 on the 100-th anniversary of Moscow Arts Theatre that bears the writer's name.

Chekhov stands in the Kamergerskiy lane and watches over the theatre, he has created. The author of the monument is a famous Russian sculptor - Mikhail Anikoushin. He depicted the writer as a tall, sad and lonely amid the Moscow bustle
Photos (2) : 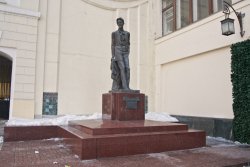 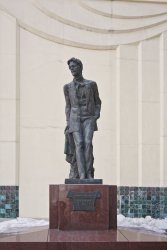